As we welcome the transition to Pope St. John XXIII STEM Academy this year, we reflect Visitation’s legacy that brought the school to this point of growth. Over the summer, Principal Marc Nuno took some time to meet with a member of the school’s alumni, Jim Loonam, Visitation class of 1946, seen above. The legacy of Visitation has remained pertinent to Mr. Loonam’s life, as it will for PSJXXIII.

A trip back to Washington State and British Columbia reunited Jim with classmates from high school at nearby Bellarmine Preparatory Academy for a 50th graduation reunion. While his time at Visitation excited Jim for his future in high school, visions of his future did not stop him from staying in contact with those he found motivational, such as his principal at the time. Jim spoke of the “religious and moral characteristics” that were and still are developed during these “formative years” of one’s life. The “moral considerations” that his education established were what remained with him, he told Mr. Nuno. He spoke to the community that Catholic schools nurtured for him at Visitation, setting him up for success at Bellarmine and into college.

Jim remarked on the foundations of learning, particularly in math, that provided for his future success. Starting in grade school, an emphasis on mathematics brings future success to our students, as it did back when Jim graduated in 1946. Following his time at Visitation, Jim continued to excel in mathematics, athletics, and extracurriculars at Bellarmine. After lettering in football and being editor of their class yearbook, Jim went on to study electrical engineering at Notre Dame. ‘Education -it’s foundation- is something I’ll treasure the rest of my life,’ Jim told Mr. Nuno. It is this foundation that carried him through his successful career.

Visitation equipped Jim with a foundation of faith and education. While leading a philanthropic life, he hopes that his ”contributions have helped to maintain the solvency and education in the schools.” Reflecting on the legacy of school at Visitation celebrates our mission and builds foundations for students. As it did for Jim, foundations of religion and education prepare them for high school and beyond. Recognizing the individuals and stories that have made Visitation what it is today excites our school as we grow into Pope St. John XXIII STEM Academy. 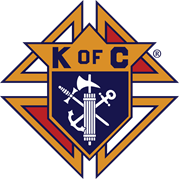 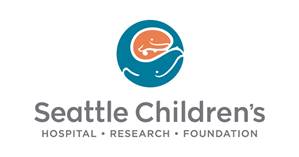